It’s 2014. Pictures can be published on the Internet three seconds after they were taken, and the youngest of us have probably never seen a roll of film in their lives. However, some people still try to use manual cameras (like the ones you find in museums alongside the dinosaur bones). 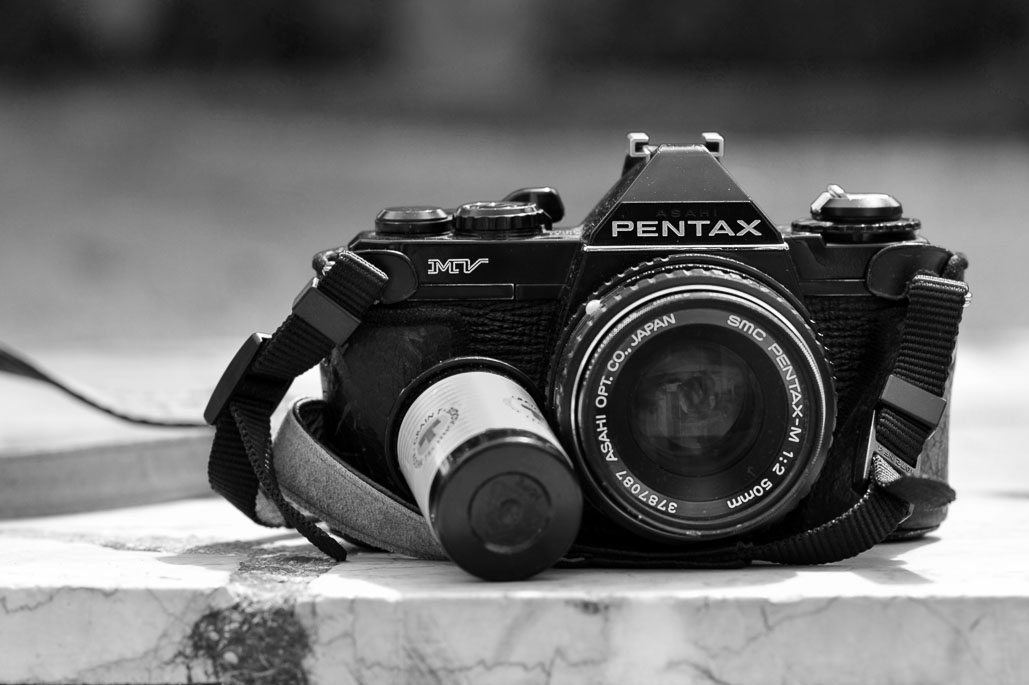 I learned the basics of photography years ago, when there were no CCD sensors, only good old light-sensitive film. Now that I look back, it was seriously awkward. You had to cart all that roll film around with you; if you wanted your white balance to be accurate, you had to use tungsten films or color gels; film didn’t perform anywhere near as well as modern CCD sensors; and you had to change the film each time the shooting conditions changed. Last but not least, you had to buy your films and to pay to have them processed (and it was expensive). My creativity was limited by my budget.

I also did a lot of film processing when I was younger … some products stink, others are toxic, it’s a real mess when you’re in total darkness and your film gets jammed in the developing spiral, and it costs an arm and a leg. So, why would you use film in 2014? Well, if all you’ve ever used is a digital camera, let me explain the various steps in the great adventure of photography with roll film.

Tips & tricks: Please, please stay well away from the buzz, trend or movement (call it what you like) of what some call Lomography.

It’s just a commercial trick aimed at selling you crappy stuff that accidentally produces the same results as Instagram: “Ooh look, the back of the camera accidentally opened, exposed the film and I have a pretty colored gradient on my picture!”, “Wow, look, this ISO 3200 film has so much grain”. And don’t tell me about going back to the roots of photography; you will pay 50 or 70 euros for a plastic camera with a plastic lens that costs nearly nothing to produce.

Even better, ask your parents or grandparents if they still have their old camera from 1970 or 1980. I bet it still works perfectly. You may have to replace the battery unless the camera is fully manual (going fully manual for the first time is probably not the best option at this stage, and I would recommend a semi-auto camera with aperture priority).

For instance, I bought a 30-year-old Pentax MV for 40 euros (exactly the same model that my dad owned in the 1980s and used to teach me how to take my first shots … I know, I’m too sentimental).

Tips & tricks: If you’re paying that much, ask the vendor to show you how to load the film into your camera if you don’t know how to do this (or if you don’t want to ask, buy a third roll just in case you mess the first one up; pride has a price 😉 )

Start taking photos. And no, you can’t see what you just shot by looking at the back of the camera. You’re going to have to use your brain, think before pressing the shutter, and check that all the technical settings are OK.

Of course, you could take several shots each time, but remember that each roll of film has only 24 or 36 shots (and remember what it costs!).

Step 4: Have the film processed

Your first roll is full, congrats! Go to your local lab and wait for your film to be processed.

Tips & tricks: You’ll probably have to come back the next day to pick up your photos. Every time you have a film processed is like Christmas morning, with the excitement of waiting for your presents!

More Tips & tricks It’s Christmas! Expect to pay 10 or 20 euros to process a film depending on your options (Christmas presents are worth it! 😉 )

When looking at your shots, you’ll probably be disappointed. Quite a few shots will be over- or under-exposed, others won’t be framed the way you want, and so on … If you’d seen the image on the back of your camera, you would have changed your composition.

Now you are probably going to adopt a different approach. This damn roll cost you at least 5 euros, and the processing will cost you something like 15 euros. At nearly 1 euro per shot, you’d better think carefully before you press the button!

This second roll of film won’t make you the next Henri Cartier-Bresson or Ansel Adams, but there’s a chance that it’ll be better than the first one.

Conclusion : apply what you’ve learned with your digital camera

When you get back to your beloved digital camera, try this: Disable the automatic display of new images on the back of the camera. If you’re not a professional photographer on assignment, why would you need to check every shot immediately? Do you think you’ll always have a second chance to take the same picture? No! Except in studio photography, there will always be variations between two shots of the same thing, or no second chance at all.

Apply what you learned with the film, invest more in each shot. Is the shot worth taking? Does the composition need anything else to make it interesting? Are your settings OK? Is this the right moment or should you wait? And so on.

Make no mistake; I’m not saying that you’ll take better photos with film. I’m just saying that, as with any self-imposed constraint, it will force you to work more and improve your skills in a way that can also be applied to digital. This is actually the only tip or trick to commit to memory.

Digital photography is a great tool that lets us do what was impossible before. But don’t forget that it only provides an opportunity to work faster in shooting and post processing. Your overall approach should remain unchanged and you must not leverage digital technology and its apparent simplicity to do a rush job.

Shooting film, even in 2014, is definitely fun and instructive. And if you really want to experience the magic of photography, try to find a club or association that will let you explore film processing in a darkroom. There is something magical about watching the photo slowly appear on paper in the developing tank. If you’re into photography, you definitely have to try this once in your life (really going back to the roots of photography)!